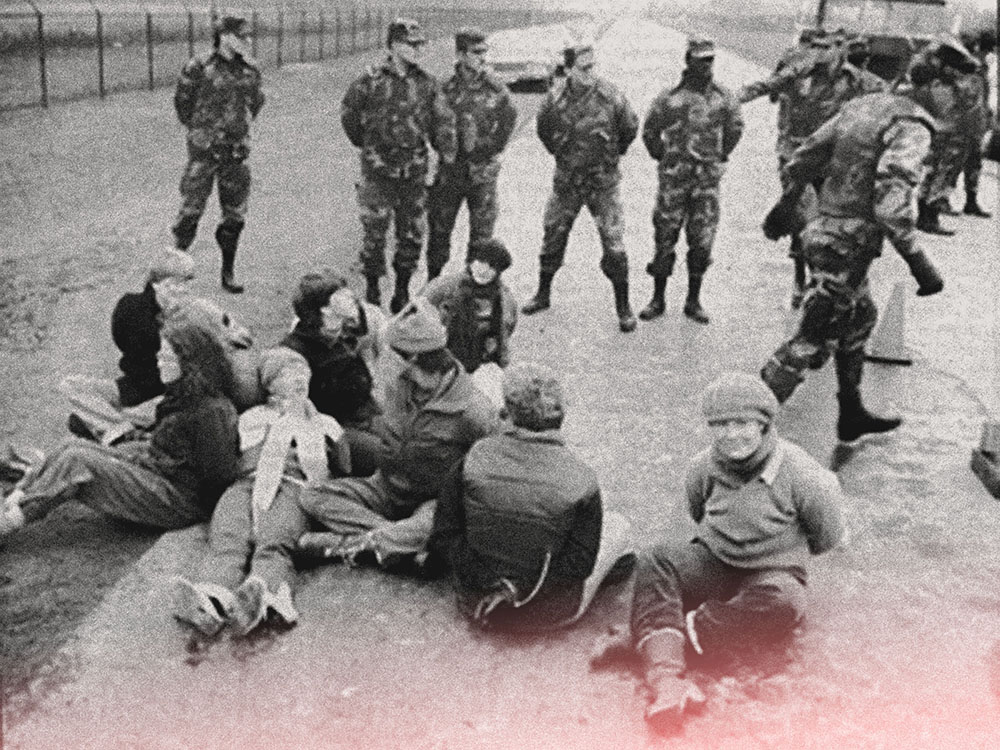 Cristina Biaggi is an artist, author, and feminist activist who has been actively involved in the women’s movement since 1975, both nationally and internationally. In the foreword to her latest book, Activism Into Art Into Activism Into Art: A Personal History of Feminist Art, women’s rights activist Gloria Steinem said, “Cristina and I are about the same age, so I can also testify that she did this before there were words to describe what she was doing. She didn’t wait for a revolution. She lived a revolution.” 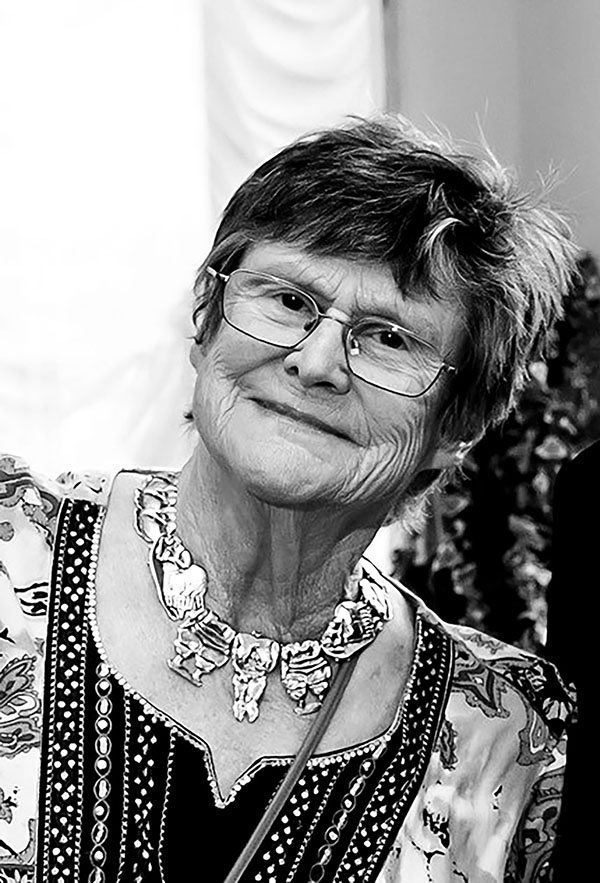 Needless to say, Biaggi has lived an incredible life in the nearly 60 years since she graduated from the U with a degree in classics and sculpture. She found her lifelong passion studying Neolithic and Paleolithic prehistory surrounding female deity and feminine spirituality, creating works of art entwined with activism in celebration of the Great Goddess. The U will soon house her legacy, as Biaggi is graciously donating her collection of papers, speeches, photos, artwork, and correspondence with feminist leaders to the Aileen H. Clyde 20th Century Women’s Legacy Archive at the Marriott Library.

Born in Switzerland to an American mother and an Italian father, Biaggi was raised in New York and returned there after an unexpected stint in Utah. After participating in an act of protest at Vassar College that resulted in her expulsion, she found herself in Salt Lake City in the late 1950s. She didn’t expect to earn her first degree at the U, though she comes from a long family line of prominent Utahns, including her aunt Elise Musser, who was the first female senator in Utah and whom she lived with, and her parents, Virginia Howard, who also went to the U, and her father John Howard, who started Utoco Oil (now Amoco Oil).

While at the U, Biaggi studied with renowned sculptor Avard Fairbanks before returning to the east coast and earning a doctorate from New York University in the aesthetics of art and prehistory. In the decades to follow, Biaggi was actively involved in the second wave of the women’s movement, publishing papers and giving public speeches on feminism, lesbian studies, female-centered

spirituality in prehistory, and the Goddess in venues like the Smithsonian, the Museum of Natural History, and in The New York Times. In addition to her 2018 personal history, Biaggi has also published three other books, Habitations of the Goddess, In the Footsteps of the Goddess, and The Rule of Mars.

She has traveled the globe speaking and exhibiting her work, including the lecture “The Dark Goddess: She Who is Now Appearing in the Forefront” in Ephesus, Turkey, exhibiting an installation piece at Bex + Arts Sculpture Park in Switzerland, and she still hopes to complete her longtime dream project of building a “Goddess Mound” that evokes the caves of prehistoric worship, which represents womb-like spaces within the earth. This dedication to Mother Earth has also propelled her on hikes of some of the most awe-inspiring peaks in the world, including Mount Kilimanjaro, Mount Shasta, Mount Rainier, and the active Gorely volcano in Siberia.

Biaggi’s fervor for learning and teaching about the Great Goddess is informed by a lifetime of hard-earned wisdom and barrier-breaking. Her life has been marked by the pain of divorcing her husband in her 20s and raising her first two children, coming to terms with being gay in Utah in the 1970s, finding love and then losing her new partner to cancer just a few years after the babies her partner had yearned for were born. Biaggi took over full-time parenthood (for the second time) of their young twin boys while in her early 60s and never expected to be taking care of teenage boys this late in life, though she loves them deeply. Now in her 80s and living just outside Manhattan, New York, she continues to actively write, lecture, create, and exhibit sculpture portraits cast in bronze and teach taekwondo to women and girls as a fifth-degree black belt.

Though she didn’t intend to start her college education in Utah, she found an intellectual home studying classics and art that helped launch her into becoming an acclaimed scholar and artist. The College of Humanities is honored to preserve her legacy here at the U.